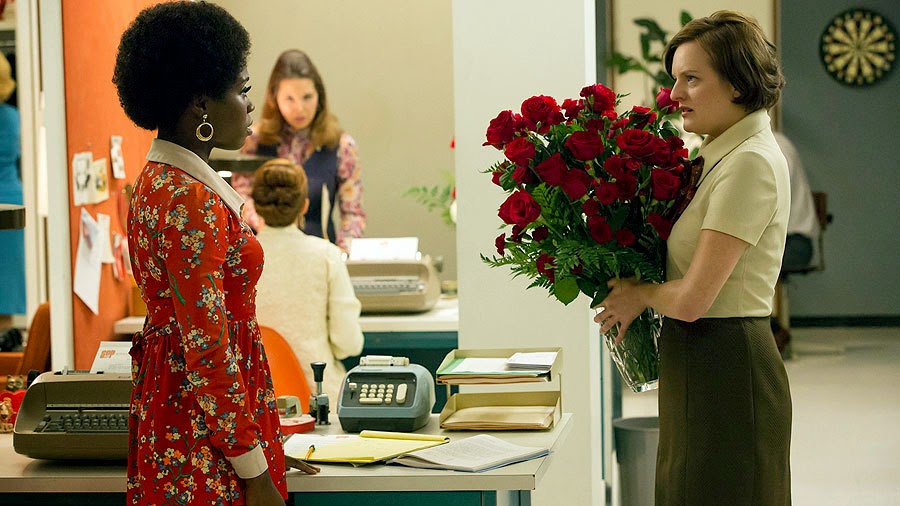 With the second (and third!) episode under its belt, Mad Men is proving that it is just as good as it ever was.  Tobi and I are back to discuss last week's episode, "A Day's Work," in which it was Valentine's Day at the office, although neither Peggy nor Don really seem to get the memo on that one.

Peggy is faced with what seems to her as another slap in the face that she is no longer with Ted, or really with anyone for that matter.  Poor Peggy, last season you stabbed your boyfriend and got dumped in an ambulance and this season your fighting for better work against the awful Lou and mixing up your secretary's flowers for ones from Ted.  Hopefully Peggy will get a break soon!  Also, Shirley gets the outfit of the week award this episode, she had on my favorite outfit in this episode and is clearly a front runner for best dressed in the office.

LISTEN TO "A DAY'S WORK" PODCAST 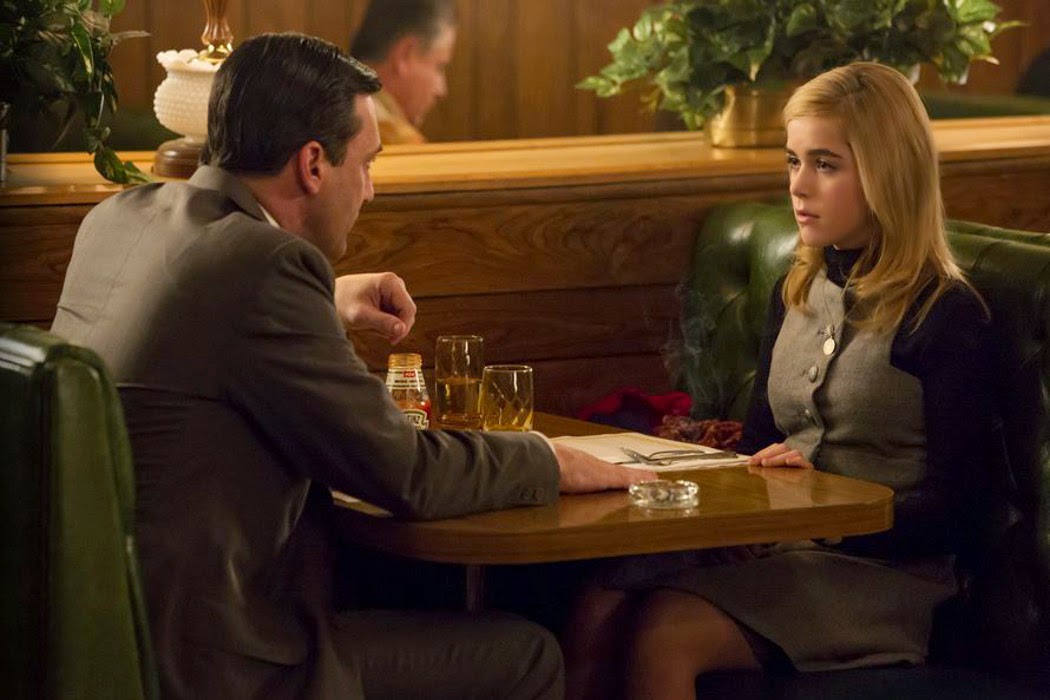 Meanwhile, Don comes clean to Sally and they share some seriously bonding moments over the last half of the episode.  As a viewer who has always been rooting for Don to have a closer relationship with Sally, this episode was a really treat.

As always, Tobi does an excellent job of linking up to all the pertinent articles and reviews, so head on over to Space Lion to see more about our collective thoughts on episode 2.