A Brief History of Christmas Lights 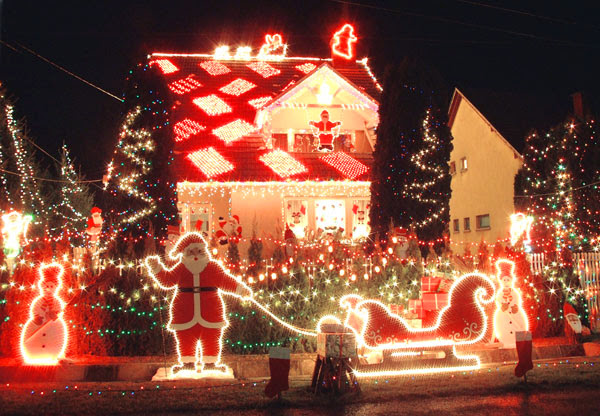 The history of Christmas lights begins at nearly the conception of the light bulb itself.  In 1882, Edward Hibberd Johnson, the VP for Edison Electric Light Company,  got the idea to string red, white, and blue lights together and placed them on his tree which was on display in his parlor, visible to 5th Avenue in New York.  While locals weren't too impressed, one Detroit reporter was and the story made it into the Detroit Post.  In 1895, Grover Cleveland decked out the White House Christmas Tree in electric lights -- the first president to do so -- calling attention to this bright and colorful alternatives to candles. 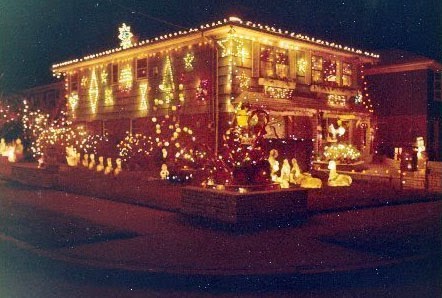 Americans were still slightly skeptical about the safety of these lights and they were pretty expensive too.  However, in 1917 after a tragic NYC Christmas tree fire, Albert Sadacca converted his family's white novelty lights to colored bulbs.  This lights were safe for home use and Sadacca went on to form NOMA, the largest Christmas light manufacturer in the world.  By 1920, Christmas lights had become more affordable leading to a gain in popularity and more creations of light up displays. 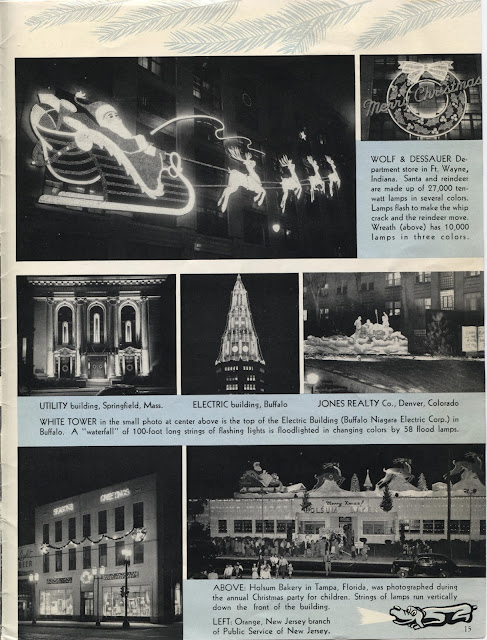 *all images were found via a google search*
Labels: Christmas, christmas lights

How neat! What an idea it must have been in Victorian NYC to see new fangled electric lights on a Christmas tree. Funny how far we have come.

How interesting! I simply love that stringing lights around the house is uniquely American tradition! I am proud!

Really impressive post. I read it whole and going to share it with my social circules. I enjoyed your article and planning to rewrite it on my own blog.
mahjong | agario | minecraft|halloween | pacman| kizi | hulk | mickey mouse games | sniper games

Superb blog posting really nice thank you so much for This option.
Jeans Manufacturers in Delhi

Blog post really working this thank you so much for this option.
Car Parking Line Marking

Really great working this thank you so much for this option.
Custom Broker in India

Blog posting is the great option for posting is very good.
web designing company in delhi

Blog posting is the best option for sharing.
Lifestyle Magazine