A Day for Detroit 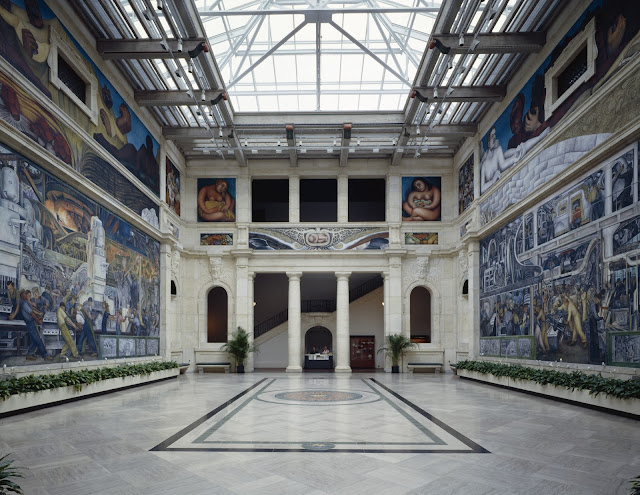 Detroit, the city in which I live exactly 15 minutes from and what I like to call my home, is bankrupted. After numerous years of city counsel mismanagement and corruption, Detroit is finally out of money.  I don't write much about politics or the like here, mostly because I find this to be a happy place where I can share my love of old things with likeminded readers.  However, what's going on in Detroit is near and dear to my heart and I feel compelled to share what's happening, with the hopes that you will be as outraged as I am. 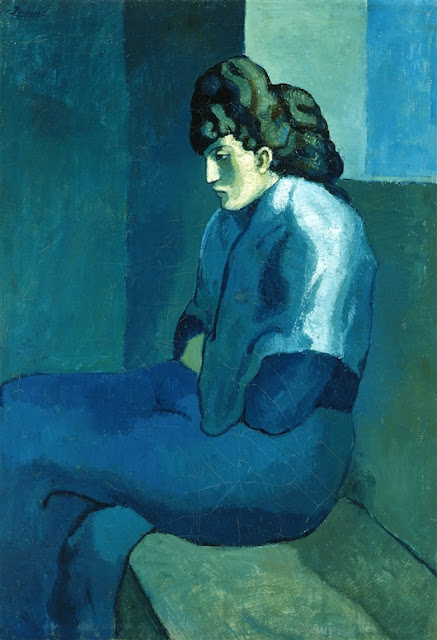 Detroit pretty much crashed with the collapse of the auto companies, although it had been on the decline for years.  I wish I could have seen the city during the 40s and 50s, when my Grandma would go to Hudson's downtown to shop in the lower level (bargain basement).  In my lifetime, there have been few, if any, good/positive things about the city, the DIA (Detroit Institute of Arts) is among them.  Founded in 1885, the DIA boasts over 658,000 square feet that contains some of the most beautiful art, placing it within the top six among collections in the United States and making it the cultural gem of Detroit, dare I say the Midwest. 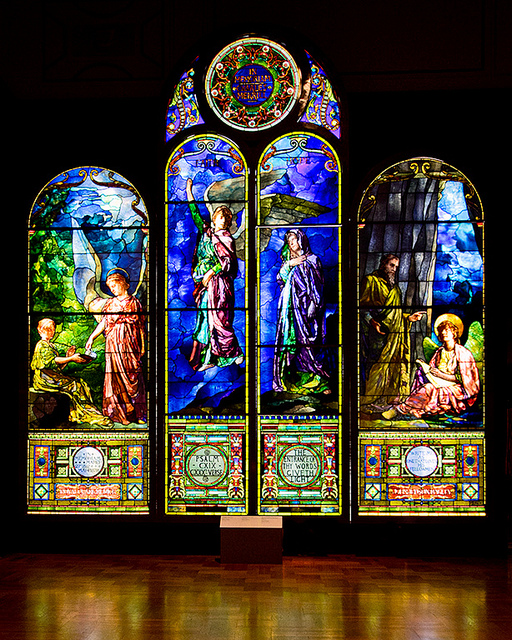 When the city filed bankruptcy and was forced to bring in an emergency manager, Kevyn Orr, it became clear that the DIA was under threat.  Ownership of most of the art belongs to the City of Detroit and as such, is considered an asset.  Orr has not taken selling some of the collection in order to pay off debts off the table and a few weeks ago, appraisers from Christy's visited the DIA to evaluate some of the artwork.  They plan to return within a few weeks to continue the process. 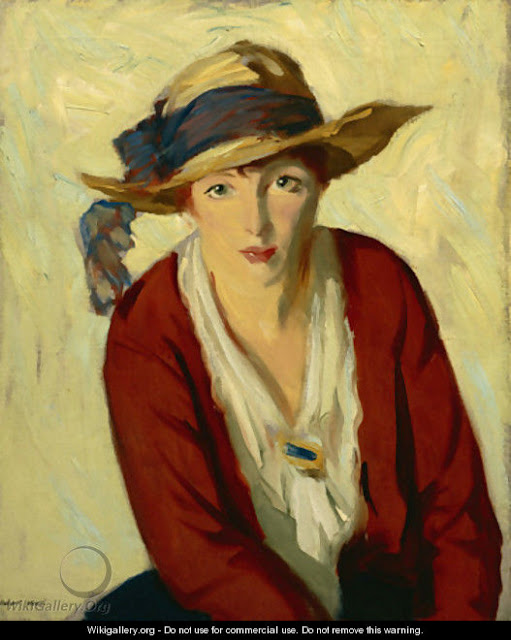 Last year, a millage was passed so that access to the DIA for the county in which it resides and the two surrounding counties would be completely free.  As an art student (I have a B.A in Cinema Studies) this was a major victory -- I'm all about bringing art to the people and about free stuff.  Not only does the DIA house the artwork of some of the greatest artists of the 18th, 19th, and 20th centuries, but it also shows films on a weekly basis in the most beautiful historic theatre.  I visit the DIA often, mostly to view films, and I gain so much enjoyment and culture doing so. 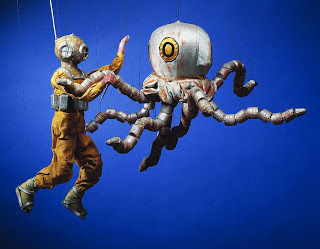 I am writing this post and sharing a few of the many pieces of art that decorate the walls of the DIA in collaboration with Tyler Green, who came up with the idea to spread national awareness of the great loss that is on the verge of taking place.  As Green mentions, "part of the greatness of a collection at a non-profit is public access."  I feel so strongly that art is an important part of our society and it should be seen by the masses, whether you are educated or not, no matter what class you fall into, no matter what race or gender.

It is hard to describe the sheer magnitude of awe that engulfs you while standing in the Rivera Court or the sweet smile that comes to you face when you look at Andy Warhol's pop art.  The act of seeing these works in person, rather than just on the screen of a computer, is a different experience than technology cannot match and it would be such a shame to take that away from the people of Detroit and anyone else who wants to take in the art the DIA has to offer.  As Walter Benjamin said, "Even the most perfect reproduction of a work of art is lacking in one element: its presence in time and space, its unique existence at the place where it happens to be."  Seeing these works in person is an experience that cannot compare to a google search.  I just hope by bringing more awareness to this issue outside of the Metro Detroit area will help change Orr's mind.

I too wish I could have seen it in the 40's and 50's when my grandma went to hudsons, or when my great aunt lived there. She describes it to me and it is so hard for me to picture. Come by and share this link at my linky party, it is wonderful that you posted this. :) Have a good one!

My husband is from Farmington Hills. He and his family always speak highly about the art collection at the DIA, and the Detroit arts community in general. I think it would be tragic if the DIA became another casualty of Detroit's money problems.

I don't know how much these things help, but there's a MoveOn.org petition going around. Link below.

Thank you very much for this post. Even here in Europe the DIA is well known and I come across it regularly in literature and during research (I am an Art historian with special qualification in textile arts, so a colleague :-) ). It is so sad that financial issues like this make it possible to deal with cultural heritage like that. I really hope that a solution will be found to preserve this wonderful Institution!