I can't even begin to express my excitement about this dress. I found it a few weeks ago at my favorite resale shop that has a small vintage section. It's a DeWeese, the "swim and sun fashions." Some people like to call these "swim dresses," although, I don't think one could actually swim in one of these because they don't have bottoms. I have a feeling that they have received this nick name due to their construction. They have a built in bra and the top half is made very much like a bathing suit, complete with a low back and smocking. Mine is a later model, probably from the last 60s, but I love it just the same.
I have seen a few of these on eBay lately and could not believe what the seller was asking for them -- $195. Her's very well might have been earlier models, but still, that is quite steep, in my opinion any way. I only paid $15 for mine and was super pleased with my deal; proving there are still deals to be found in out there!
The one nice thing about this dress,is it was highly copied. I have a copy, which I actually paid more for than the De Weese! The copies are very easy to find. The other nice thing about this dress is the style. The smocking in the back allows for a variety of sizes, something I love in vintage pieces!
Here's a few I found on eBay and etsy. 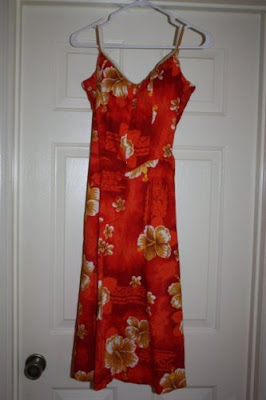 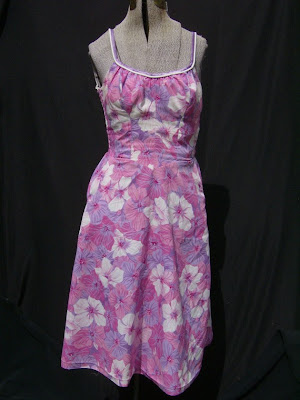 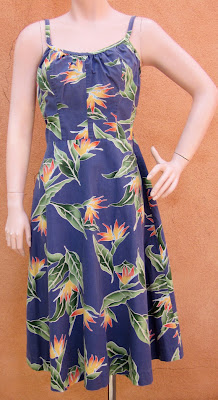 Interesting post! Apparently I also have a knock-off of that style (made by "GreenTree Fashions"), but I didn't know anything about it until now. I'll have to wear it this summer!

That is a really cute dress! How cool that it has a built-in bra!

This is absolutely beautiful.

I have a cerulean blue and kelly green mixed one from Cole of California. Found it for $20ish at a vintage shop and I love it!