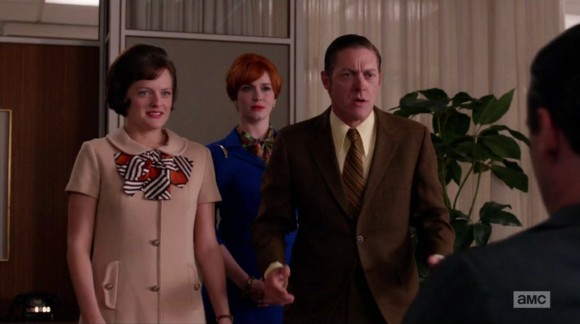 In our second to last episode, Tobi and I recap episodes 11 and 12, "Favors" and "The Quality of Mercy."

In "Favors," Don helps Sylvia's son dodge the draft in exchange for rekindling their romance, which Sally becomes privy to.  This episode deals a lot with the war centered climate of the late 60s and this is evident not just in the storyline, but also in the costuming -- especially with the younger, more hip characters.  We see this with Glen (in the following episode), Mitchell, and even Megan (see the photo below). 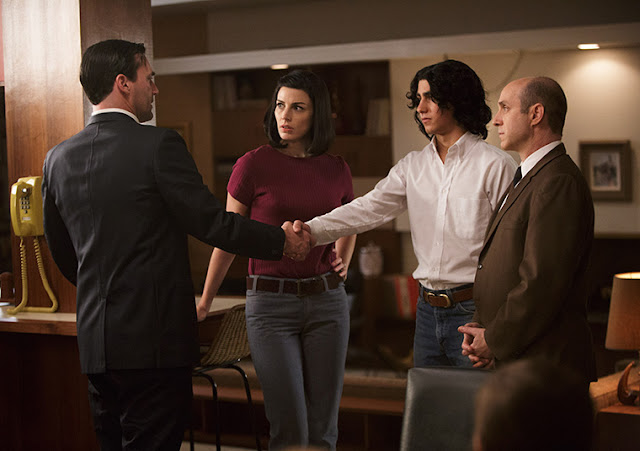 After the bombshell Sally witnessed in episode 11, episode 12, "The Quality of Mercy" has Sally going off to boarding school, running away from her problems, and even taking on an assumed name.  Father like daughter, no?  One of the best parts of this episode was the ad Peggy and Ted pitch to Don.  Finally, we are back to some of the meat and potatoes of this show!  And, Don Draper crying 'wah wah' -- priceless!

These are just some short recaps, to hear my full thoughts on each episode, head on over to Spacelioncs.com to listen to our podcast!

Don't forget to enter my giveaway for a Joan worthy scarf! 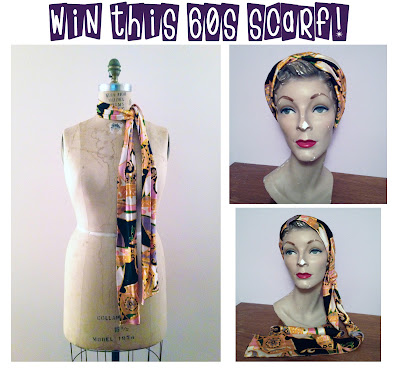